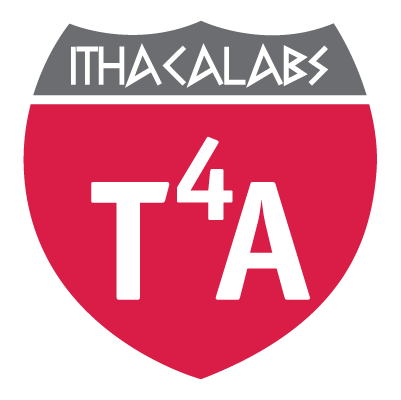 Threat Level: Critical – An attack is expected imminently. Maximum protective security measures to meet specific threats and to minimize vulnerability and risk. Critical may also be used if a terrorist attack is expected seeking to destroy, incapacitate, or exploit critical infrastructures in order to threaten national security, cause mass casualties, weaken the economy, and damage public morale and confidence.

We have observed that four zero-day vulnerabilities in Microsoft Exchange servers, have been identified.

The zero days have been actively exploited in the wild by several “cyber-espionage groups”, whose targets not only include the United States, but other countries including Germany, France, Kazakhstan, and more.

The most dangerous of these vulnerabilities is a server-side request forgery (SSRF) bug. This bug, named Hafnium (CVE-2021-26855), is a SSRF vulnerability in Microsoft Exchange Server that does not require any authentication. A remote attacker could exploit this flaw by sending a specially crafted HTTP request to a vulnerable Exchange Server. Successful exploitation of this bug could allow the attacker to authenticate to the Exchange Server and exfiltrate data from users’ inboxes.

Note that only Exchange Servers that accept untrusted connections over port 443 are vulnerable to this flaw.

CVE-2021-26857 is an insecure deserialization vulnerability in Microsoft Exchange Server. Specifically, the flaw resides in the Exchange Unified Messaging Service, which enables voice mail functionality in addition to other features. To exploit this flaw, an attacker would need to be authenticated to the vulnerable Exchange Server with administrator privileges or exploit another vulnerability first. Successful exploitation would grant the attacker arbitrary code execution privileges as “SYSTEM”.

You should understand the importance of security updates, and the urgency with which they should be applied, no matter how large or small your organization is. It is very important to apply an efficient patch management solution and always have enabled an active event security logging and practice event monitoring. To protect the valuable assets of your business and be compliant with the relevant industry regulations requires a comprehensive approach to the management of risk, including Penetration Testing at least annually and upon significant changes.

Appointed as the Director of Solutions, Mr. Constantinos Constanti is in charge of overseeing and directing the frontline of our team, namely Odyssey’s technical departments. He leads the organization’s highly skilled, certified technology experts, who apply new technologies and architectural foundations in building innovative cybersecurity solutions for clients across several industries and different countries. Constantinos ensures that our Technology Risk Solutions and Network Infrastructure Solutions divisions are in position to design and implement an effective solution suited to your needs, no matter how complex or dispersed your environment is.

Manos Vrontis possess more than 20 years of corporate experience with a deep understanding of strategy formulation and execution related to changing market dynamics. Having a hands-on management style and team player approach has enabled him to lead and drive change through multi-cultural and cross-functional teams.

Manos has worked in Greece and abroad, in companies such as Unilever, Sara Lee, BIC, OPAP and Boutari Wineries as General Manager, Commercial Director and Sales Director and was also appointed as an expatriate Sales Director Asia in charge of 12 countries and Managing Director for Singapore and Malaysia.

He holds an MBA from Monash University and is currently a PhD candidate under the University of Bolton in which he also teaches the courses of Strategic Management and Marketing. Manos’ consulting advice is often sought and he is also a master trainer in the areas of Business Strategy, Marketing, Sales Management, Negotiation and Change Management.

He believes greatly in the intelligence of the young business generation and holds the position of Partner in Massachusetts Institute of Technology Enterprise Forum (MITEF) which enables tech start-ups to transform their ideas into companies. Manos is also a Strategic Associate of iLeads, a Strategic Leadership and Digital Transformation Lab under the University of Piraeus in Greece.